Drug and Alcohol Abuse in the Veteran Community 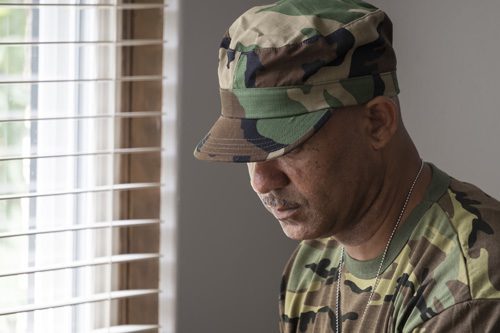 Although addiction to drugs or alcohol can happen to anyone, substance abuse is a significant issue for many military veterans.

According to the Substance Abuse and Mental Health Services Administration (SAMHSA), approximately 7 percent of U.S. veterans suffer from substance abuse or addiction. A report by the Institute of Medicine titled Substance Use Disorders in the U.S. Armed Forces explains that prescription drug and alcohol abuse are more prevalent and increasing steadily in both active and veteran military members compared to the rest of the population.

Why Is Substance Abuse Common in the Veteran Population?

When service members return from combat zones, the process of readjusting to normal life is often difficult. Many of these veteran military personnel must deal with complex health problems, devastating mental health issues, and severe economic challenges.

Many veterans that have been in combat and were exposed to scenes of violence are deeply afraid for their own personal wellbeing and safety. Soldiers in these situations experience a higher rate of substance abuse.

Additional risk factors for addiction among veterans include:

PTSD, once referred to “shell-shock” and “battle fatigue”, can be caused by witnessing or taking part in horrific scenes of violence, warfare, terror attacks, or other startling or extremely tragic events. Veterans can also develop PTSD after experiencing sexual harassment or assault.

According to the U.S. Department of Veterans Affairs, 23% of women reported sexual assault and 55% of women and 38% of men have experienced sexual harassment when in the military. Oftentimes veterans turn to drugs or alcohol to cope with the symptoms of PTSD.

Often PTSD occurs right after the event, but there are many cases where weeks, months, or years pass by without the person experiencing any symptoms of PTSD. Veterans suffering with PTSD relive the event through nightmares, flashbacks, or triggers. They may engage in self-destructive behavior including self-harm or substance abuse. They generally suffer from hyperarousal and feel “keyed up” all the time. They are easily startled, have trouble sleeping, or suffer from insomnia. They may experience negative changes in their feelings or beliefs related to the event and avoid situations that remind them of the event.

Additional symptoms of PTSD include:

Substance abuse and mental health conditions are the leading cause of hospitalizations among U.S. troops. Additional statistics to consider when discussion how substance abuse affects veterans include:

Substance use disorders are considered chronic illnesses, but an addiction to drugs or alcohol can be successfully managed with proper treatment. This includes detox as well as counseling and the use of holistic therapies to promote coping skills that improve mental health.

The U.S. Department of Veterans Affairs website has a mental health resources page that explains what treatment options are provided through the VA healthcare system. Canyon Vista Recovery center also offers treatment services for men and women diagnosed with substance use disorders.