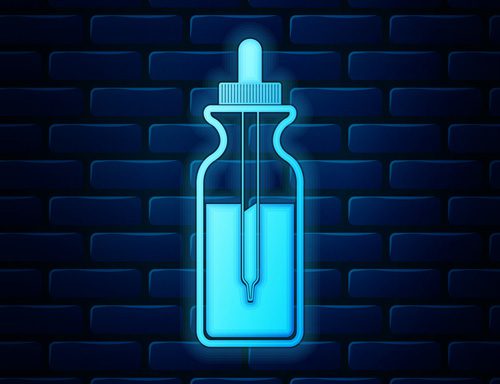 GHB (gamma hydroxybutyrate acid) is classified by the Drug Enforcement Administration (DEA) as a Schedule 1 drug. Controlled substances in this classification have a high potential for abuse and for causing severe physical and/or psychological dependence, and they have no current medically accepted use in the United States. A central nervous system depressant, GHB is an odorless, colorless, slightly salty substance that can be in the form of white powder, white tablets, or a liquid.

In the 1980s, GHB was mainly used as a club drug. However, it was also popular with bodybuilders who wanted to quickly build body mass. When it was classified as a Schedule 1 drug in 2000, its popularity declined. But recently, GHB use has been increasing over a wide population of users. It is now a popular party drug with teens and young adults and is often viewed as an ecstasy alternative. Some bodybuilders have started using it again, claiming that it increases the body’s production of the human growth hormone. Sadly, it is also used as a “date rape” drug.

On the street, GHB is known by many different names. Liquid Ecstasy, G, Easy Lay, Grievous Bodily Harm, Georgia Home Boy, Gina, Liquid X, Liquid G, and Goop are some of the more popular ones.

The Danger of GHB Use

Any use of GHB is very dangerous regardless of how much is taken. Since it is a very fast-acting central nervous system depressant, users can suffer from amnesia or lose consciousness within ten minutes of ingesting it. When a low dose of GHB is ingested, the user experiences nausea, drowsiness, and visual distortion. When taken at higher doses, or mixed with alcohol or another drug, overdose can occur resulting in nausea, vomiting, a slowed heart rate, decreased body temperature, severe respiratory depression, seizures, unconsciousness, coma, or death.

Since GHB is a central nervous system depressant, it causes feelings of relaxation and euphoria. A person can become addicted to it if they use it regularly. There are many signs of GHB addiction, but it is not likely that any one person will experience them all. Nausea, vomiting, frequent drowsiness, dizziness, weight loss, and body tremors are common signs of addiction. The person may experience body tremors, memory loss, impaired vision, and labored breathing. They may be depressed, agitated, and have extreme mood swings. Their speech may be slurred or incoherent.

Additional signs of addiction include:

When a person has an addiction to GHB, their body craves the drug. They need it to feel normal, not to get high. Stopping the drug or reducing the amount drastically causes withdrawal. The longer the individual has been using the drug, and the higher the amount they take on a regular basis, the greater the severity of their withdrawal symptoms. Feelings of depression, anxiety, and agitation are common during withdrawal. The person may experience insomnia, confusion, restlessness, and changes in mood and aggression. They may sweat excessively, have pain in their bones and muscles, and experience body tremors.

How Long Does GHB Withdrawal Last?

Just as the severity of the symptoms of GHB withdrawal varies from person to person, so does the timeline of the effects of withdrawal. Some people may begin to experience withdrawal signs in as little as one to six hours after taking their last dose. However, generally they do not begin experiencing them until approximately twenty-four hours after their last use. During the next one to six days, the symptoms’ intensity increases. Over the following seven days, the symptoms gradually decrease in intensity. After detoxification, some people experience persistent symptoms of depression, anxiety, insomnia, and cognitive deficits that can last months.

Trying to detox from GHB, or any other drug, without professional help is not only dangerous, but it can also be deadly. If you or a loved one is struggling with an addiction to drugs or alcohol, help is available. You are not alone. Call and speak to a caring professional at Canyon Vista Recovery Center, located in Mesa, Arizona. They will answer your questions and put your mind at ease. Call and learn how you can begin your journey to living a clean and sober life.