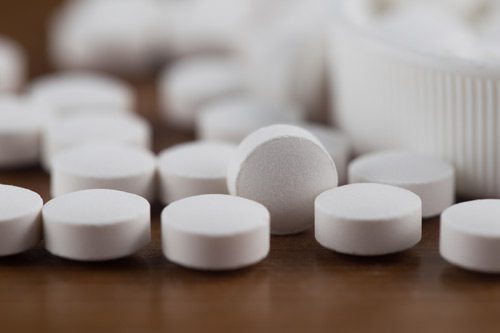 Ritalin is the brand name for the central nervous system (CNS) stimulant drug called methylphenidate hydrochloride. This prescription medication is used to treat attention deficit hyperactivity disorder (ADHD) in children, adolescents, and adults. According to an article in Attitude: Inside the ADHD Mind, when taken as prescribed for ADHD, Ritalin has a calming effect, decreasing hyperactivity and impulsivity while increasing concentration, alertness, and focus. Ritalin is also used in the treatment of hypersomnia, narcolepsy, depression, pain, cancer, brain injury, and cognitive disorders.

How Does Ritalin Work?

Ritalin works by increasing the levels of norepinephrine and dopamine, two neurotransmitters in the brain and central nervous system. It speeds up activity in the brain. The neurotransmitter norepinephrine is a stimulant, and dopamine affects attention span, pleasure, and movement. When Ritalin is taken in doses higher than prescribed, it produces feelings of euphoria.

Ritalin is known by many different slang names on the street. Poor man’s cocaine, kiddy coke, kiddy cocaine, study buddies, diet coke, coke junior, speed, uppers, and Vitamin R are some of the most common ones.

Ritalin can be very addictive. It is classified as a Schedule II drug by the United States Drug Enforcement Administration (DEA) under the Controlled Substances Act. Substances in this classification have a high potential for abuse and addiction and may lead to severe physical or psychological dependence. When Ritalin is abused, it can produce feelings of being high. Its side effects are similar to those of cocaine and amphetamines. Some people take the drug without a prescription or take more than their prescribed dose. Others snort or inject the drug to get a faster, more intense high.

When a person is addicted to Ritalin, they typically experience negative side effects, including headaches, nausea, vomiting, and fatigue. Aggression, agitation, nervousness, anxiety, paranoia, and panic attacks are common. They may have a suppressed appetite, hypersensitivity, or insomnia. Their breathing will be slow and shallow, heart rate and blood pressure will increase, and they will feel chest pain.

Additional negative side effects of Ritalin include:

When a person taking Ritalin as prescribed by their physician stops taking the drug, they usually are not affected by withdrawal. However, when the drug is used recreationally and the individual is dependent on it, they will experience withdrawal symptoms if they significantly reduce the amount of the drug or stop taking it completely.

Since Ritalin is a stimulant, it affects the brain’s dopamine levels, which regulate pleasurable sensations. Many of the withdrawal symptoms of Ritalin have to do with emotion, reward, and energy levels. One of the first symptoms of withdrawal is depression because the brain is being deprived of the high dopamine levels. The person feels angry, irritable, and anxious. They will have low energy, disrupted sleep patterns, and feel extremely hungry. They may experience dehydration, body aches, chills, and tremors. They may move and speak slowly, feel very tired, and have difficulty thinking and concentrating. Mood swings, panic attacks, and vivid dreams are common.

The severity of the symptoms and the length of time they last depend on several factors such as:

Depending on the factors involved with withdrawal, symptoms can begin quickly as the effects of the drug wear off and the brain tries to regulate itself without the Ritalin.

However, some people may continue to experience withdrawal symptoms for several months if they have used large amounts of Ritalin for an extended period of time.

If you or a loved one struggles with an addiction to drugs or alcohol, help is available. Call and speak to a caring professional at Canyon Vista Recovery Center located in Mesa, Arizona. We will answer your questions and help you begin your journey to recovery. At Canyon Vista, you will get the help you need to live a sober life.

Looking for a drug rehab facility in Arizona? Learn more about programs offered at Canyon Vista Recovery Center.
Contact us at
(888) 979-1840