Areas in the United States with the Highest Heroin Abuse 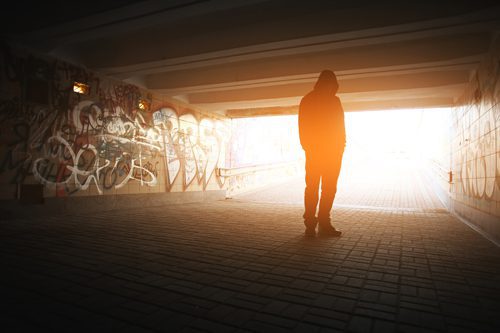 As the drug epidemic continues to spread across the nation, there are several regions of the country that have seen a steep increase in the abuse of heroin.

From large cities to small rural towns, heroin is ravaging communities of all sizes.

The Heroin Capital of the United States: Baltimore, Maryland

The number of people addicted to heroin in Baltimore is staggering. According to an article from ABC News, “Government agencies estimate that as many as one in 10 of the city’s residents are addicted to the drug.”

Although the total number varies, The United States Drug Enforcement Agency states that “the city has the highest per capita heroin addiction rate in the country.”

Several additional facts regarding heroin abuse in Baltimore include the following:

The Worst Heroin Cities in the United States

The following are several of the worst heroin cities in the United States.

Located in Western Ohio, Dayton has a population of approximately 141,000. This city has had one of the biggest increases in heroin abuse and is ranked as the number one city for overdoses in the nation. From 2016 to 2017 deaths from overdose rose 60%, from 349 in 2016 to 559 in 2017. In an article in the Dayton Daily News, Dr. William Ginn, Miami County coroner, said: “The most common overdose is from a mix of heroin and fentanyl, or multiple drug intoxication.”

The largest city in Kentucky, Louisville averaged 695 overdoses a month, or about 22 per day until February 9, 2017 when there were 43 overdoses in one day.
Philadelphia, Pennsylvania
On November 17, 2016, Philadelphia had 50 overdoses in one day. They were blamed on a “bad batch” of heroin. With a population of over 1 million, this city had the second highest number of overdose deaths in 2016 when compared to cities with more than 1 million residents.

With a population of just over 48,000, this rural town in West Virginia has been devastated by the heroin epidemic. On August 15, 2016, in a four-hour period, 26 people overdosed, bringing this community to the national news. It brought attention to the heroin crisis and was the focus of a documentary on the heroin problem in the small town.

By the end of the year, there had been 1,217 overdoses in Huntington. By August of 2017, with four months to go before the year end, the town had already seen 1,148 overdoses.

The Area with the Largest Rise in Heroin Abuse: The Midwest

The Midwestern states saw a drastic increase of 70% in emergency room visits due to opioid overdoses from 2016 to 2017. In an article by Ed Cara for Gizmodo, he reports that according to the Centers for Disease Control and Prevention National Syndromic Surveillance Program emergency room visits caused by opioid overdose rose by 30%. However, it was largest in the Midwestern region, which includes Illinois, Indiana, Iowa, Kansas, Michigan, Minnesota, Missouri, Nebraska, North Dakota, Ohio, South Dakota, and Wisconsin. The average increase there was 70%.

Heroin is not an urban problem. It is not a suburban or rural problem. It is a national problem that affects people in towns and cities of all sizes. The following is additional facts and statistics regarding the heroin epidemic:

If you or a loved one are suffering from a drug or alcohol addiction, there is help available. Getting treatment is imperative to living a happy and sober life.

The staff at Canyon Vista Recovery Center in Mesa, Arizona are prepared to guide you on your journey to a healthy and sober lifestyle using a combination of traditional and holistic therapies, life skills, and their extended care treatment program.