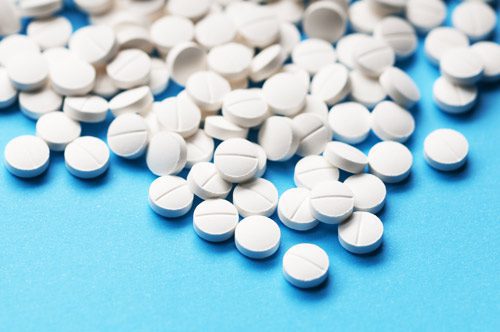 Ativan, also known by its generic name lorazepam, is a prescribed medication. As a benzodiazepine, Ativan is a sedative and used primarily to treat anxiety disorders. It can also be used as an anticonvulsant medication, a muscle relaxant, a sleep aid, and in surgical procedures as a pre-anesthetic drug. Ativan is classified by the Drug Enforcement Administration (DEA) as a Schedule IV drug, which means it has medically accepted uses but can be highly addictive. When taken over short periods as prescribed by a physician, Ativan is safe to use. However, physical and psychological addiction can occur quickly if Ativan is abused.

How Does Ativan Work?

Ativan acts quickly on the individual’s brain and central nervous system. The drug attaches to the neurotransmitter gamma-aminobutyric acid (GABA) receptors on nerve cells, enhancing the release of  GABA in the brain. This chemical slows down the signals nerve receptors receive, causing a calming effect on the central nervous system. It helps relieve anxiety and has a tranquilizing effect on the body and mind. Respiratory and cardiac systems are not affected.

Ativan has the potential to be a highly addictive drug. It is recommended as a short-term treatment lasting no longer than three or four months. If the drug is taken for extended periods, in higher doses, or more frequently than prescribed, the brain builds a tolerance to it. When this occurs, the individual needs to take higher amounts to achieve the effect they desire. Over time, more and more of the drug is needed until the person becomes physically dependent on it. Addiction will follow if the dependence is not addressed. Once a person is addicted to the drug, they typically show behavioral and mental signs of addiction.

The severity of symptoms depends on several factors:

Ativan withdrawal symptoms can appear as soon as eight to twelve hours after stopping or significantly reducing the drug. Feelings of anxiety, restlessness, irritability, and rage will begin and last for several weeks. The level of anxiety experienced during withdrawal is usually worse than it was before starting the drug. Insomnia, bad headaches, profuse sweating, and vertigo are common. Many people experience nausea or vomiting, hand tremors, depression, and panic attacks. Confusion, difficulty concentrating, and short-term memory loss occur. Their heart and breathing rates increase, and they have muscle aches, pains, and spasms. They are hypersensitive to stimuli such as touch and light and can have visual or auditory hallucinations. At worst, Ativan withdrawal can cause grand mal seizures.

If you or a loved one struggles with a drug or alcohol addiction, help is available. Call and speak to a professional at Canyon Vista Recovery Center, located in Mesa, Arizona. We will answer your questions and guide you along your journey to recovery.

Looking into drug rehab centers in Arizona? Learn more about programs offered at Canyon Vista Recovery Center.
Contact us at
(888) 979-1840