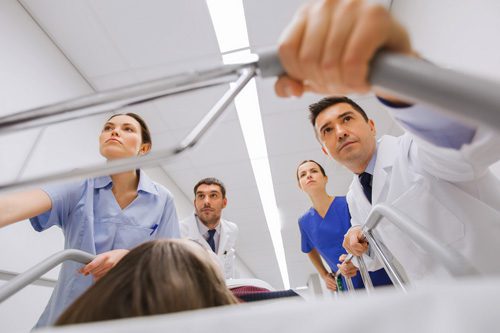 Many people addicted to alcohol believe that it would be safe for them to stop drinking “cold turkey” on their own if they wanted to.

However, nothing is further from the truth.

For someone with a severe physical dependence, stopping alcohol suddenly can have dire consequences.

Alcohol Withdrawal and the Human Brain

When a person is addicted to alcohol, the chemistry of their brain changes. This causes the natural flow of their brain’s neurotransmitters, called GABA receptors, to become altered. Since alcohol is a depressant, it lowers or slows down the normal functioning of the central nervous system. If the person were to suddenly stop drinking alcohol without the proper withdrawal medication and professional supervision, the effect on their brain’s chemistry could result in withdrawal symptoms that could be deadly.

The Three Stages of Alcohol Withdrawal

According to an article in The American Family Physician, when a person goes through withdrawal from alcohol they can go through as many as three stages.

Statistically, only about 5 percent of individuals addicted to alcohol experience the delirium tremens stage. However, it’s impossible to predict how severe this stage will be since you need to consider variables such as:

If an individual is not being closely monitored by professionals, a wide range of complications can occur. Consider the following:

More About the DTs

A person that is heavily dependent on alcohol is more likely to experience severe symptoms of alcohol withdrawal. For instance, if someone has been drinking a large amount of alcohol every day for an extended period of time, they have a higher risk of getting the DTs.

Examples of this would include drinking the following amounts each day for a long amount of time:

In addition to heavy drinkers, people who have been addicted to alcohol for more than 10 years or have a history of alcohol withdrawal also run a greater risk of getting the DTs. However, it is important to know that a person can also get the DTs if they drink less over a longer time period.

DTs and the Death Rate

Several studies have looked at the rate of deaths related to alcohol withdrawal.

Get the Help You Need

If you or a loved one has an addiction to alcohol, never try to detox alone. Get the help you need to go through alcohol withdrawal safely. At Canyon Vista Recovery Center in Mesa, Arizona, you will find a professional staff to guide you through the process of a safe withdrawal. Once detox is completed, they will provide you with the tools you need to live a healthy sober life.