Mixing Heroin and Alcohol Can Be Deadly 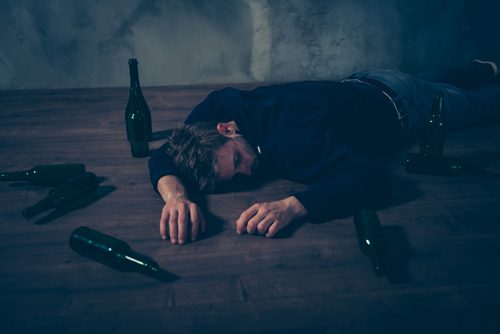 When heroin and alcohol are taken together, the effect they produce is synergistic, meaning the effect of the combined drugs is more powerful than the effect of each one combined.

Both of these drugs are depressants and have the same overall effects on the body. They depress the central nervous system affecting the part of the brain that controls the vital functions of the body including breathing, blood pressure, body temperature, and reflexes. The combination of these drugs can stop the individual’s natural drive to breathe, which can result in a fatal overdose.

What Is an Overdose?

An overdose can happen anytime a person takes a drug. It could be the first time or the hundredth time a drug is taken. When it does occur, the results can be devastating, even fatal. According to the Harm Reduction Coalition, “Most fatal overdoses are the result of poly-drug use.”

An overdose happens whenever a person takes too much of a drug. It is not defined as a specific amount of the substance. MedlinePlus, from the United States National Library of Medicine, states that “An overdose is when you take more than the normal or recommended amount of something, usually a drug. An overdose may result in serious, harmful symptoms or death.”

A highly addictive substance, heroin is derived from the seed pods of opium poppy plants. Classified as an opiate, when ingested it produces a dreamlike euphoria and a rush of elation and happiness. Common street names of heroin include dope, smack, junk, white, and brown sugar.

Alcohol, also known as ethanol, has the ability to reach anywhere in the body in a very short amount of time. For example, when taken on an empty stomach, approximately 20 percent of alcohol reaches the brain in less than one minute. Almost every area of the brain is affected by alcohol.

What Are the Side Effects of Combining Heroin and Alcohol?

There are many physical, cognitive, and emotional effects of combining heroin and alcohol.

Physical
The physical effects of both drugs will increase. There will be a significant decrease in the firing of the brain’s neurons, heart rate, breathing rate, and blood pressure. The individual will experience difficulties with motor coordination and balance. They will feel extremely drowsy and lethargic.

Additional effects of mixing heroin and alcohol include:

Cognitive
The cognitive effects of both drugs will increase and include a much slower rate of thinking, a significant loss in rational thinking abilities, and problems developing new memories. The individual will have difficulties with concentration, attention, and problem-solving. They will also experience a loss of inhibitions and increased risk taking.

Emotional
The emotional effects of heroin and alcohol together include an increase in negative emotions such as sadness, depression, and anxiety. The person will have difficulty controlling their spontaneous feelings, showing a loss of emotional inhibition. There is also the potential for delusions and hallucinations.

Individuals who chronically mix heroin and alcohol run the risk of experiencing the following:

The Long-Term Effects of Mixing Alcohol and Heroin

The long-term effects of mixing alcohol and heroin are numerous. There is an increased possibility of developing serious damage to many organ systems in the body. This occurs because of the actual effect of the drugs and the damage caused by slowing the breathing and heart rate. Significant tissue damage to all of the body’s major organs, especially the brain, can result from decreased oxygen levels, called hypoxia.

Additional long-term effects of mixing heroin and alcohol include:

Using heroin and alcohol together is a dangerous and often deadly combination. When a person’s body absorbs alcohol and heroin is present, the alcohol is absorbed at a very fast rate. This will increase the possibility of alcohol poisoning even if only a small amount of beer, liquor, or wine is consumed.

The combination of these drugs can result in an overdose, loss of consciousness, coma and death. It can happen in less than five minutes. According to an article by Dr. Carl Hart, a neuropsychopharmacologist who specializes in substance abuse, “The vast majority of heroin related deaths — a whopping 70 percent or more — are caused by combining heroin with another sedative, usually alcohol.”

If you or a loved one is suffering with a substance abuse addiction, there is help available. The professional counselors at Canyon Vista Recovery Center in Mesa, Arizona, are there to answer your questions and help guide you on your journey to a clean and sober life.