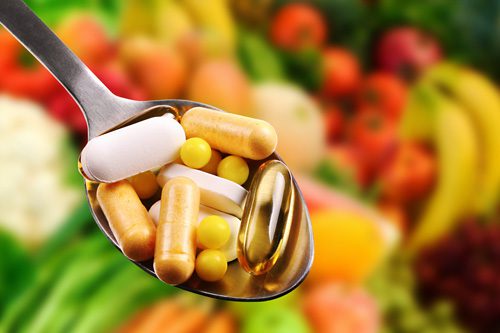 Many people who struggle with alcohol dependency, alcohol use disorder (AUD), or other forms of problem drinking may not be fully aware of the long-term damaging effects that alcohol has on their bodies. In addition to the toxic effect of alcohol, nutritional deficiencies often occur that can have serious and lasting results.

Both vitamins and minerals are essential to a person’s emotional and mental well-being. Vitamins are needed to maintain normal metabolism and growth as they regulate the functions of the body.

When an individual drinks alcohol, their body cannot absorb and use the vital nutrients it needs—including the group of vitamins that make up B-complex, Vitamin A, C, D, and K. The body is also deprived of the benefits of minerals including calcium, magnesium, potassium, iron, and zinc.

More About the Dangers of a Vitamin B1 Deficiency

Symptoms commonly associated with alcoholism, such as impaired cognitive thinking, poor memory, and depression are caused by nutritional deficiencies, especially B-complex vitamins. These deficiencies also cause many other common symptoms including dizziness, shakiness, tremors, insomnia, and anxiety.

However, a deficiency of Vitamin B1 (thiamine), which is part of the B-complex vitamins, can lead to a devastating result. Thiamine is needed for the production of enzymes that produce neurotransmitters, which are specific brain chemicals. When there is a thiamine deficiency, the neurotransmitters are unable to function properly—resulting in the formation of harmful reactive oxygen molecules known as free radicals. When this occurs, the person’s brain is affected in ways that result in severe cognitive and memory impairment.

An article published by the National Institute on Alcohol Abuse and Alcoholism (NIH) called “The Role of Thiamine Deficiency in Alcoholic Brain Disease” explains the many different types of brain injuries that can result from a thiamine deficiency. The brain injuries vary in severity of cognitive brain functions with the worst being alcohol induced persisting dementia, also called alcoholic dementia.

Wernicke-Korsakoff Syndrome (WKS) is described in an NIH article titled “Alcohol’s Damaging Effects on the Brain.” WKS is made up of two separate syndromes.

Together the two syndromes have many symptoms.

If you or a loved one are suffering from an alcohol or drug addiction, there is help available. Call and speak to a professional at Canyon Vista Recovery Center in Mesa, Arizona to begin the journey to a happy, healthy, and sober life.