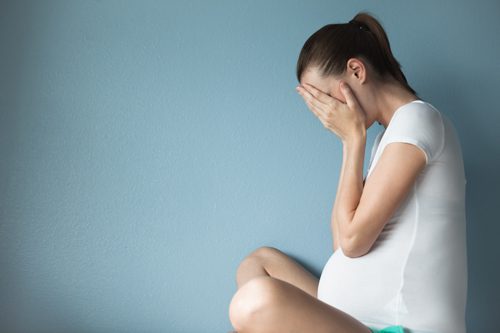 If a pregnant woman is using heroin, the drug doesn’t just affect her.

It also affects her unborn child. This makes it crucial for expectant mothers to seek addiction treatment.

When an expectant mother uses heroin, the drug enters her bloodstream. It rapidly passes through the placenta into the bloodstream of the unborn baby. According to Medicines in Pregnancy, once in the baby’s bloodstream the drug “reaches the baby’s heart, brain, and other organs, and has been shown to affect the breathing movements and heart rate of a baby in the womb.”

Simply put, when a pregnant woman uses heroin, so does her baby. When she gets high, so does the baby. The unborn child becomes dependent on the drug, along with its mother.

The symptoms of NAS are both physical and behavioral. The baby may gain weight slowly, cry excessively in a high-pitched cry, experience sleep disturbances, or have seizures that could result in death.

A baby with NAS generally needs to be hospitalized and treated with medication to relieve the symptoms of addiction. Babies are often given morphine or methadone, which is tapered off until the heroin is out of their system.

Additional Pregnancy Complications for the Fetus

Using heroin during pregnancy can lead to many other problems for the unborn child. According to the American Pregnancy Association, the baby could experience bleeding in the brain, impaired function of the lungs, or hypoglycemia.

Other possible complications include:

Long-Term Effects of Heroin Abuse on the Developing Child

Although there is only a small amount of documented work on the long-term effects of heroin abuse on the developing child, the following characteristics frequently occur:

Pregnancy Complications for the Mother

Complications from pregnancy often develop because of poor nutrition or poor prenatal care. Some of these possible complications include respiratory failure, hemorrhaging, and preeclampsia. These expectant mothers have higher rates of infection and are more likely to put themselves in dangerous situations or do self-harm.

Pregnant women that use heroin are less likely to take good care of themselves and often suffer from depression, poor nutrition, or malnutrition. Their drug use puts them at a higher risk for developing serious health conditions during their pregnancy such as heart disease, diabetes, pneumonia, anemia, and hepatitis.

Abruptly stopping heroin during pregnancy can result in the death of the baby. Because the baby is addicted to the drug too, he or she may not live through the withdrawal process. The baby will suffer through hyperactivity, then death will occur due to oxygen deprivation.

The consequences of heroin use during pregnancy can be devastating, but help is available. If you are an expectant mother struggling with heroin addiction, the best way to protect your baby is to seek addiction treatment as soon as possible.