The Effect of Marijuana on the Brain 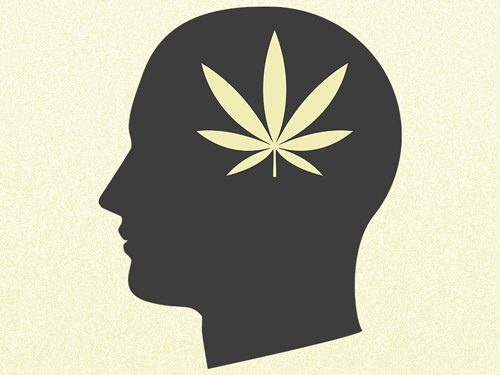 This is just a small sample of the more than 1,000 names for marijuana. But regardless of what you call it, the end result of smoking, vaporizing, or ingesting this dangerous drug is the same. The effects of marijuana on the brain are both short and long term.

THC, or tetrahydrocannabinol, is the chemical compound in marijuana that causes the user to experience a euphoric “high.” This occurs because the THC stimulates the brain’s cells to release dopamine, a chemical in the brain that affects a person’s sensations of pleasure and pain, their emotions, and movements.

According to Live Science, THC is the primary psychoactive component of marijuana and “it acts much like the cannabinoid chemicals made naturally by the body.” The body’s natural THC-like chemicals are very important to the normal function and development of the brain. When marijuana’s main ingredient, THC, reacts on certain receptors in the brain, different areas are affected. These areas are associated with many activities and feelings including:

Short Term Effects of Marijuana on the Brain

When a person uses marijuana, THC is quickly released into the bloodstream and travels to the brain. Once THC attaches itself to the cannabinoid receptors, the brain’s natural system becomes overwhelmed and the communication between the cells slows down. When this occurs, the way the brain receives, sends, and processes messages between the cells is affected. The person experiences a “high” because the brain’s messages are being miscommunicated.

According to the National Institute on Drug Abuse, the parts of the brain that are overactivated by the use of marijuana are the areas that contain the highest number of cell receptors resulting in the “high” the user feels. Additional short term effects on the brain include:

With high doses of marijuana, the following short term effects are also possible:

Long Term Effects of Marijuana on the Brain

As studies centering on the long term effects of marijuana on the brain continue, researchers and scientists have concluded that marijuana does have an effect on brain development. According to The National Institute of Drug Abuse, when marijuana use begins in the teenage years, proper development of the brain’s connections are affected. These areas include:

According to the National Institute of Drug Abuse, marijuana use has a direct correlation to the loss of IQ points. A large New Zealand study found that:

The result of the New Zealand study indicates that marijuana use has the greatest impact on the brains of adolescents and teenagers because their brains are still developing.

However, the long term effects of marijuana on the loss of IQ points, or cognitive functioning, is a topic that requires continued research. For example, in a combined study sponsored by the Institute of Mental Health and the National Institute of Drug Abuse, the results showed that teenagers who used marijuana lost IQ points. However, other studies contradict the findings and indicate that marijuana use was only one of the contributing factors of the loss of IQ points.

One thing that researchers and scientists agree on is that the long term effect of marijuana on the brain depends on several factors:

When the use of marijuana results in problem use, it is known as marijuana disorder. The disorder can result in addiction. Approximately 30 percent of marijuana users have the disorder. They may feel dependent on the drug and suffer withdrawal symptoms if they are not using. Once the person cannot stop using marijuana even though it is causing problems and interfering in their life, it has developed into an addiction.

If you or a loved one are suffering from a marijuana disorder or addiction, contact the professionals at the Canyon Vista Recovery Center in Mesa, Arizona. The caring and supportive staff will answer your questions and help you acquire the tools you need to beat your marijuana problem by connecting you to the right resources.