What Is a Functioning Alcoholic? 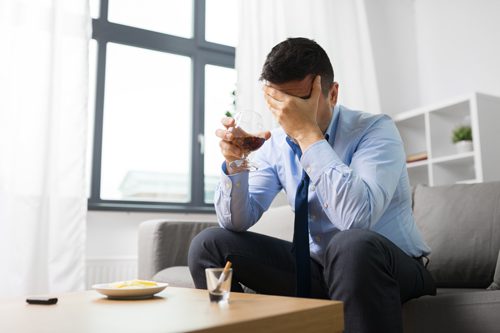 When you think about the word “alcoholic” what comes into your mind?

Someone who has hit rock bottom or is drunk all the time? Maybe you picture a person living on the street or in jail because of their drinking problem. Although those things are true for some alcoholics, there is another type called a functioning alcoholic.

Characteristics of a Functioning Alcoholic

To most people, a functioning alcoholic, sometimes called a high functioning alcoholic, appears to be living a normal life. Their relationships with members of their family, friends, associates, and others are healthy. They generally complete their education, maintain their jobs, and participate in the community.

Although functional alcoholics don’t seem to have very much in common with the stereotypical idea of an alcoholic, they actually do. Even though they manage to appear sober and normal, they struggle with their alcohol addiction, often drinking heavily or having constant intense cravings for alcohol. Functioning alcoholics have developed a dependence on, and a tolerance to, alcohol.

Tolerance and Denial of Addiction

When two aspects of alcoholism, denial and tolerance, come together, the result is a functioning alcoholic. When someone drinks on a regular basis, they need to increase the amount they drink to feel the effects of the alcohol. As tolerance builds, the person may not even realize the amount of alcohol they are consuming. Symptoms of a hangover may not even occur.

Once alcohol dependency develops, denial sets in. The alcoholic does not have the ability to realize that they are consuming a large amount of alcohol on a regular basis. Functioning alcoholics rarely admit to having a drinking problem.

Even though functioning alcoholics give the appearance of having their lives together, eventually problems arise as the continued alcohol consumption takes a toll on the brain and prevents them from functioning normally. Some may have problems with their health. Others experience major problems at home or work, causing their relationships or careers to suffer. They may become emotionally exhausted and finally realize that their drinking has caused their situation to become really bad.

Warning Signs of a Functioning Alcoholic

Often, functioning alcoholics prefer to drink rather than have a meal. Since they enjoy drinking more than the average person, they may show little interest in food and have alcohol for breakfast, lunch, or dinner. Because of the tolerance they have built up to alcohol, they rarely get a hangover even after binge drinking. They may become irritable, restless, or have mood swings if they haven’t been able to have a drink in a day or two. If they aren’t able to have alcohol when they want, they become depressed, nervous, anxious, and uncomfortable. They often sweat, shake, and have palpitations.

Other signs to watch for include:

Many functional alcoholics struggle secretly with a mental illness. They drink to hide psychological disorders such as depression, an eating disorder, or social phobia. They may have anxiety about their material security or their competency. When they are not under the influence of alcohol, they are often withdrawn, moody, irritable, or tearful. In some cases, they might attempt to hurt themselves or talk about suicide.

The following statistics shed light on how widespread problems with alcohol have become.

If you or someone you know is a functional alcoholic, there is help available. Call and speak to a professional staff member at Canyon Vista Recovery Center in Mesa, Arizona. They will be able to answer your questions, explain the treatment services available, and guide you toward a healthy recovery.

Learn more about alcohol treatment in Arizona, at Canyon Vista Recovery Center.
Contact us at
(888) 979-1840