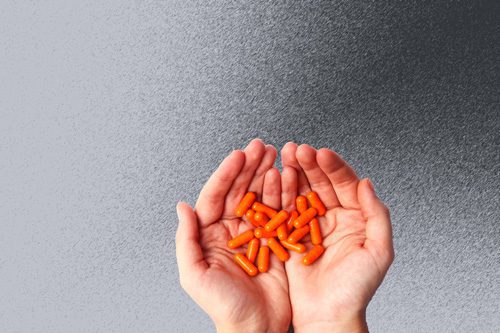 Sometimes it is also prescribed for people with depression or sleep disorders such as narcolepsy. Regardless of the reason it is prescribed, Adderall should only be used under the close supervision of a doctor or other medical professional.

A combination of dextroamphetamine and amphetamine, Adderall is classified as a central nervous system stimulant. When the drug is taken, it increases the activity of three of the chemicals in the brain: epinephrine (adrenaline), norepinephrine, and dopamine. This heightens and speeds up certain processes in the body causing hyper-stimulation throughout the nervous system and brain.

This medication, like all stimulants, can be addictive. However, when Adderall is taken by a person that really needs it and they carefully follow the prescribed dosages, it does not cause addiction.

How Does Adderall Work?

Adderall has the chemical makeup similar to MDMA (ecstasy) and methamphetamine.

When the drug reaches the brain the following reactions take place:

Since Adderall is a stimulant, it reduces the need for eating or sleeping and improves concentration and focus. It has become a popular “study drug” for some college students because it allows them to have an intense focus on their work.

How Does Adderall Abuse Occur?

Due to the addictive nature of stimulants, whether a person uses Adderall for recreational purposes to achieve a stimulant high or as a study drug, they can quickly move to drug abuse and then drug addiction.

There are many ways Adderall abuse can occur including:

If a person’s recreational use of Adderall has become abuse, they often experience behavioral, physical, and psychological symptoms.

The most severe side effects of Adderall abuse and addiction are dangerous and life threatening. Misusing this drug can cause a person to experience chronic exhaustion, muscle deterioration, and cardiovascular damage.

Additional severe effects of this substance abuse include:

The consequences for abusing stimulants can have disastrous results for the user—resulting in abnormalities of the cardiovascular system and sudden death.

Additional facts about Adderall include:

Getting Help for an Adderall Addiction

Anyone regardless of age, can develop an Adderall abuse or addiction problem. If you or someone you love is addicted to Adderall or any other drug, there is help available. Canyon Vista offers a full continuum of care that includes traditional and holistic therapies, nutritional guidance, life skills, and an extended care program.