An Overview of Powdered Alcohol’s Risks 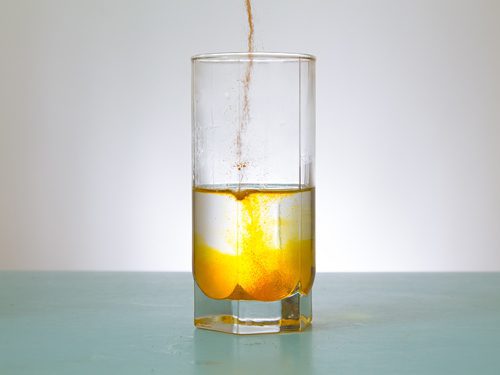 Close your eyes and think of an alcoholic drink.

What did you picture? A bottle filled with an alcoholic beverage? A glass holding a mixed drink? A container full of clear or colored liquid?

This perception isn’t wrong, but powdered alcohol should also be on your radar. If you’re a parent, you should be aware that powdered alcohol is growing in popularity and may facilitate underage binge drinking behaviors.

What Is Powdered Alcohol?

Powdered alcohol, sometimes called crystalline alcohol, is made by mixing sugars with alcoholic drinks until all the liquid is absorbed. It is done by using a chemical process called micro-encapsulation. The complicated process separates the molecules of ethanol in the alcohol and encases them in a coating of fat keeping them protected until they are held by the powder. When the powder is mixed with water, it is re-hydrated. The result is a regular liquid alcoholic drink.

A Brief History of Powdered Alcohol

Beginning in the later part of the 1970s, there were many companies interested in producing powdered alcohol. In 1981, a Japanese company successfully made the first powdered alcohol that was sold commercially. In 2005, a German company was successful at putting a product called Subyou on the market. However, in the United States, there was not any powdered alcohol approved for sale until the Alcohol Tobacco Tax and Trade Bureau (TTB) approved labels for “Palcohol” on April 8, 2014.

Invented by Mark Phillips and developed in Arizona by his private company, Lipsmark LLC, Palcohol’s approval by the TTB was revoked in less than two weeks. In March of 2015, it was reinstated.

In a Washington Post article from August 8, 2015, it explains that before the product ever made it to market, 25 states had banned all powdered alcohol products. In 2017, the National Conference of State Legislators (NCSL) issued a map and reported that 35 jurisdictions have banned powdered alcohol and several others have issued a temporary ban on the product.

Each one-ounce packet of Palcohol is designed to be mixed with 6 ounces of water or other liquid, such as juice or soda, producing a drink on the go. The purpose of producing alcohol in this form is to reduce the weight of the water and eliminate the need for bottles or cans. Mark Phillips wanted to make it easier to carry alcohol while traveling or enjoying the outdoors. Whether you are hiking, fishing, relaxing in the sun, or taking a long backpacking trip, you can easily take the drink of your choice along with you.

Palcohol is made in several flavors including:

There are many negative possibilities when alcohol becomes easier to carry and hide. It could easily be brought just about anywhere including schools, concerts, parks, sporting events, and other public venues. This increases the possibility of public drunkenness. It also makes it easier to spike a non-alcoholic drink or increase the alcohol level in an alcoholic beverage.

There are many other risks and concerns regarding powdered alcohol.

In fact, Palcohol’s original website as quoted on First We Feast read, “Let’s talk about the elephant in the room…snorting Palcohol. Yes, you can snort it. And you’ll get drunk almost instantly because the alcohol will be absorbed so quickly in your nose. Good idea? No. It will mess you up. Use Palcohol responsibly.”

Realizing the statement was not a good idea, it was quickly changed. Later, in The Atlantic, Mark Phillips stated that “Snorting it is VERY painful. It burns. A LOT. It hurts.”

Getting Help for Alcohol Addiction

If you or a loved one has an addiction to drugs or alcohol, getting the right help is essential for living a healthy and sober life. Canyon Vista Recovery Center provides a combination of evidence-based addiction treatments and holistic therapies. With their full continuum of care, including extended care treatment, the professional staff will work to help you gain the tools you need as you travel the road to recovery.