Codeine Addiction: What You Need to Know 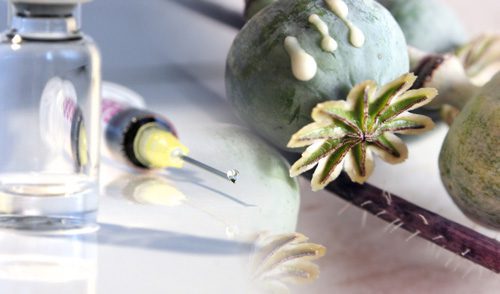 One of the most commonly used opioid narcotics worldwide, codeine has been used for centuries by people to manage their chronic pain.

The effects of this analgesic are relatively short-acting, generally lasting only a few hours.

Although codeine was available in many over-the-counter (OTC) medications until recently, a prescription is now needed to obtain any medication containing the drug. Unfortunately, this has only had a nominal effect on levels of codeine abuse.

Derived from part of the opium poppy plant, codeine belongs to the opiate class of narcotic medications and is a Schedule II drug. According to the United States Drug Enforcement Administration (DEA), Schedule II drugs have a relatively high potential for abuse and addiction.

Physicians generally prescribe codeine to treat levels of pain that are considered mild-to-moderate. It is commonly prescribed as a cough suppressant and is also used to treat gastrointestinal problems such as diarrhea.

How Does Codeine Work?

When the body breaks down codeine, it releases morphine, its metabolite. It is the morphine metabolite that actually causes the effects that codeine has on the brain.

How Does Codeine Addiction Develop?

Like other opiates, codeine taken in higher doses has a powerful effect on the user. It causes the individual to experience a pleasurable euphoric sensation, similar to the high from heroin. This feeling occurs because the drug enters the body’s central nervous system and binds to its opioid receptors. It also activates the brain’s reward system—causing the release of an excessive number of pleasurable hormones.

Although there are many people that take codeine for a short amount of time as prescribed by their physician, there is an increasing number that abuse the drug. Many become addicted because a tolerance can develop over time. As with any opioid, taking codeine changes the way the brain and central nervous system work.

A dependence on codeine develops if a person takes codeine in high doses or takes it consistently for a long period of time. Over time, the brain’s receptors need codeine to function correctly. Often since codeine is a weaker form of opioid drug, addiction often leads to a person mixing drugs or seeking out stronger opioids.

Some people can become addicted to codeine prescribed to them by a doctor, while others may become addicted through recreational misuse. Like many other opiates and opioids, the pleasurable feelings and euphoric high of the drug are often the cause that leads to addiction.

Examples of other drugs that are classified as opiates include:

What Are the Harmful Effects of Codeine?

The harmful effects of codeine addiction have an impact on many aspects of a person’s life.

Additional harmful, and sometimes deadly, effects of codeine abuse include:

Cognitive Effects
Codeine addiction affects a person’s cognitive ability. They may have difficulty concentrating or be unable to stay focused on what they are doing.

Other cognitive signs of codeine abuse include:

Psychological Effects
Some individuals addicted to codeine may experience feelings of major depression, anxiety, or agitation. Hallucinations can also occur.

Other possible psychological effects include:

Behavioral Effects
Individuals addicted to codeine may experience difficulties in their life such as losing their job, getting divorced, or becoming homeless. They may lie to cover up the amount of codeine they are using or go doctor shopping to get multiple prescriptions from different doctors.

Several other possible harmful effects of codeine addiction include:

What Help Is Available?

If you or a loved one has an addiction to codeine or any other substance, there is help available. Call Canyon Vista Recovery Center in Mesa, Arizona, and speak to one of the experienced staff members. The center offers a full continuum of care that combines traditional and holistic therapies with an extended care treatment program to guide you on your journey to a healthy recovery.