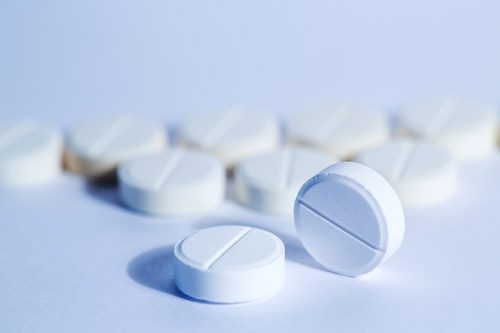 A prescription medication, codeine is used to treat pain that ranges from mild to moderately severe. It is typically prescribed in tablet form. The drug is also used in some prescription cough syrup medications as an effective cough suppressant. The United States Drug Enforcement Administration (DEA) considers codeine an opioid with moderate to high potential for abuse.

For many people, codeine addiction begins by taking the drug as a prescription. They may struggle with stopping the medication when their prescription runs out. Others choose to take the drug recreationally. Their codeine abuse leads to codeine addiction as they become physically and mentally dependent on the opiate. In some cases, codeine acts as a gateway drug as users go on to take other, stronger opioids, including oxycodone, hydrocodone, fentanyl, heroin, or morphine. Abusing any opioid, including codeine, has many negative effects including the possibility of overdose, coma, respiratory failure, and death.

Being aware of the signs of codeine addiction can help identify whether a loved one is using the drug. Slurred speech, drowsiness, nodding off, sleeping more than usual, and overall apathetic behavior are signs of codeine use. The individual may also have a decreased appetite, weight loss, nausea, stomach pain, and constipation. They will experience mood swings, depression, and anxiety. Their eyes will appear glassy, their pupils dilated, and changes in their vision may occur.

Additional signs of codeine addiction include:

Over time, addiction to codeine causes changes in the person’s brain chemistry and central nervous system. Now dependent on the codeine, the brain cannot function correctly without the drug. If the user stops taking it, they will experience withdrawal as their brain and body relearn how to function correctly without the drug. The symptoms, severity, and duration of codeine withdrawal will vary from person to person based on several factors such as the individual’s mental health, physical health, medical history, gender, and body weight.

Additional factors that will affect codeine withdrawal include:

The symptoms of codeine withdrawal may last for a week or for several months. During the first week, physical symptoms are their strongest and generally peak within 36 to 72 hours. Generally, most symptoms run their course within fourteen days. However, cravings for codeine, as well as some behavioral symptoms, can last for months.

According to an article in Medical News Today, withdrawal symptoms may be both physical and psychological. Physical symptoms such as shaking, tremors, and severe muscle aches generally get worse over several days before they start to improve. Psychological withdrawal symptoms, such as an overwhelming and intense desire to use codeine, may last several weeks.

Healthline explains that most people experience codeine withdrawal symptoms in two phases. The first phase generally occurs within a few hours of taking the last dose of the drug. During this phase, the user typically experiences negative emotions such as anger, irritability, or anxiety. They will be restless and have trouble sleeping. Their eyes may be teary and their nose runny. Sneezing and sinus congestion are common during this time.

The second phase occurs as the person’s body is relearning how to function correctly without codeine. During this time, the user usually experiences digestive problems, such as stomach pain and cramps, nausea, vomiting, bloating, and diarrhea. Additional codeine withdrawal symptoms include:

If you or a loved one is struggling with an addiction to drugs or alcohol, now is the time to get help. At Canyon Vista Recovery Center, located in Mesa, Arizona, our caring professionals use a combination of clinical, medical, psychiatric, and holistic therapies to restore balance to your life. You will be provided with the coping skills and tools you need to live a healthy, clean, sober life. Give us a call today and learn how to get started on the road to recovery.

Are you looking for drug treatment in Arizona? Learn more about programs offered at Canyon Vista Recovery Center.
Contact us at
(888) 979-1840