The Most Common Causes of an Overdose 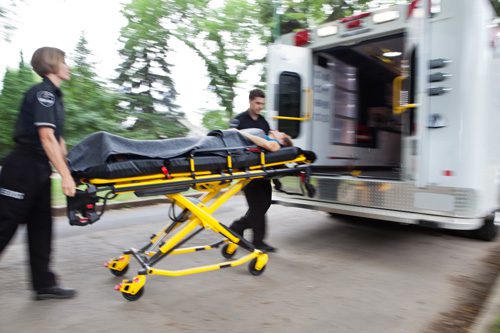 When a person consumes too much of a drug and/or alcohol, the body becomes overwhelmed by the toxic substance.

The person may not be mentally aware of their surroundings or what is happening to them.

An overdose is a medical emergency requiring immediate treatment. The individual faces the possibility of dying as their organs become damaged and their body begins to progressively shut down.great

According to WebMD, overdoses can be caused by either accidental overuse or intentional misuse.

An intentional misuse of drugs that results in an overdose occurs as the result of trying to get high or making a suicide attempt. These are sometimes referred to as purposeful overdoses.

An Overdose Can Occur Anytime to Anyone

An overdose can happen to anyone, whether they are trying a drug for the first time or are a long-term user.

Additional contributing risk factors to a possible drug overdose include:

Prescription drug overdoses can depend on the sensitivity of an individual to a particular medication. One person’s body may not be able to handle a dose that is medically acceptable, while another person has no trouble with the same dose.

Symptoms of an Overdose

The symptoms of an overdose depend on the type of drug and amount taken. However, common symptoms include limited or no breathing, trouble staying awake, loss of consciousness, the inability to visually focus, and uncontrolled or jerky movements.

Depressants, such as heroin and other opiates, completely sedate the user. If a person uses too much and falls asleep, it is possible for his respiratory system to shut down completely. On the other hand, an overdose of cocaine makes the user feel extremely stressed and anxious.

Most Common Drugs Associated with an Overdose

The following are the most common drugs associated with overdose:

An Increasing Number of Overdoses from Synthetic Opioids

According to an article in The New York Times by Sheila Kaplan, drug overdoses are now the leading cause of death to Americans under the age of 50. Ms. Kaplan quotes Dr. Andrew Kolodny, director of opioid policy research at Brandeis University, who said, “We have roughly two groups of Americans that are getting addicted. We have an older group that is overdosing on pain medicine, and we have a younger group that is overdosing on black market opioids.”

Josh Katz of The New York Times tells of overdoses of synthetic opioids such as fentanyl and carfentanil that are so strong that first responders are using 12 to 14 doses of Narcan with no effect. Overdose deaths from these dangerous synthetic drugs are skyrocketing. In 2016, these drugs were responsible for roughly 19,400 deaths—more than 30% of all fatal overdoses. During the same year, prescription painkillers caused about 17,000 deaths and heroin accounted for approximately 15,000 deaths.

Don’t Wait for an Overdose to Take Action

Although an overdose can serve as a wakeup call that inspires a person with a substance use disorder to seek treatment, early intervention is always the best policy. If you recognize the signs of addiction in a loved one, Canyon Vista Recovery Center can help. We provide evidence-based addiction treatments and holistic therapies in a safe and supportive environment that sets the foundation for a lasting recovery.