We are accepting new admissions but have implemented additional pre-screening procedures to ensure the health and safety of everyone at Canyon Vista Recovery Center. **At this time, all family visitation has been suspended until further notice.** Canyon Vista Recovery Center is closely monitoring all coronavirus (COVID-19) updates and is following suggested best practices from the CDC to prevent the spread of the virus. For more information, please click here.

The Dangers of Study Drugs 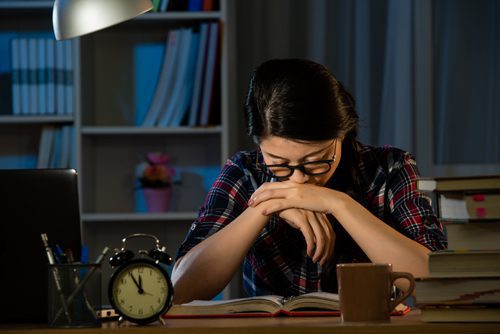 Throughout the country, increasing numbers of high school and college students are turning to study drugs, often referred to as “smart pills.” Students don’t take these drugs to get high. They take them to focus and stay awake.

What Are Study Drugs?

The term study drug generally refers to prescription medications, usually stimulants, used to treat attention deficit hyperactivity disorder, commonly known as ADHD. These drugs are either used improperly by the person with the prescription or illegally by someone else. Students usually get the drugs by buying them from someone who has a prescription or purchasing them online. According to survey results published by Partnership for Drug-Free Kids, 28 percent of young adults prescribed stimulants exaggerate their symptoms when they have an appointment with their physician so they can get a larger dose of their medication.

These medications are intended to increase focus. But students under pressure to maintain good grades and succeed academically use them to increase their stamina and improve their concentration for studying.

Prescription medications commonly used as study drugs are amphetamines and include:

Adrafinil, Modafinil, Provigil, and Phenylpiracetam are other prescription medications also used as study drugs. These drugs are all nootropics used to enhance a person’s cognitive functioning.

The Dangers of Study Drugs

Using illegal study drugs can be a very dangerous practice and can have a big impact on a person’s life. These medications have many side effects, including addiction and even death. Since the human brain is not fully developed until the age of 25, using these drugs on a regular basis as a teen or young adult can have long-term behavioral and cognitive effects. Additional complications can occur because the drugs used to treat ADHD are known to be habit-forming, leading to a higher possibility of abuse and addiction. If a person who does not have ADHD uses a prescription stimulant, they are more likely to become addicted to the drug.

The Side Effects of Study Drugs

Taking a study drug increases the student’s dopamine level which leads to a huge crash when they stop taking the drug. When the crash occurs, sometimes students fall asleep during the exams they used the drugs to study for. Others may feel depressed, hopeless, paranoid, and anxious. They may be unable to stay awake because they are so exhausted. Since the crash is inevitable, students generally continue to use the drug, increasing their risk of addiction, until all of their deadlines and goals are met.

Additional side effects of study drugs include:

Using study drugs can lead to a stroke, heart attack, and liver failure. If the drug is mixed with another drug or alcohol, the result can be fatal.

Signs of Abuse and Addiction

Several signs point to the overuse of study drugs. Users may be overly talkative, excited, energetic, and hyper-focused, However, if they run out of medication, the opposite can occur. When this happens the student can be irritable, fatigued, anxious, and depressed. In addition, behavioral signs of addiction may occur, such as secretive or sneaky behaviors, being preoccupied with getting and taking the drugs, and financial problems.

Additional behavioral signs of addiction include:

Signs and Symptoms of an Overdose

A fatal overdose of prescription stimulants is possible. If a person takes an overdose of amphetamines, the signs and symptoms will include a very high body temperature, hallucinations, and convulsions. If the study drug is taken in high doses, snorted, or injected, the chances of an overdose is increased.

Help for Substance Abuse or Addiction

If you or a person you know is addicted to drugs or alcohol, there is help available. At Canyon Vista Recovery Center in Mesa, Arizona, trained professionals will address your emotional, physical, mental, and spiritual health as they provide you with the tools you need to begin the journey back to a clean and sober life.

This site uses Akismet to reduce spam. Learn how your comment data is processed.