Identifying the Four Stages of Alcoholism 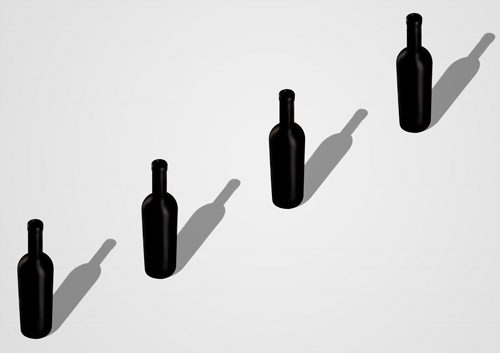 For most adults, having a drink or two with friends is not a cause for concern. However, if moderate drinking gets out of control, it can lead to alcohol addiction. Alcoholism, also called alcohol use disorder, is a serious problem that can affect people at any stage of their life. According to the National Institute on Alcohol Abuse and Alcoholism (NIAA), in the United States there are approximately 15 million adults with alcohol use disorders. In addition, it is estimated that 401,000 teenagers aged 12 to 17 also suffer from alcoholism. Substance use disorder does not generally occur quickly. It develops over time with regular alcohol overuse.

Alcoholism is a chronic primary disease of the brain. The person is not able to control their alcohol use regardless of the negative physical, psychological, or social consequences that occur. When the individual is not drinking, they generally experience emotional distress.

A complex disease, alcoholism is commonly described as having four stages of development. According to E. Morton Jellinek, the scientific researcher, biostatistician, and physiologist who coined the phrase “disease concept of alcoholism” in the 1940s, the four stages are pre-alcoholic, prodromal, crucial, and chronic. More simply, we can call these stages early, middle, late, and end. Being aware of the specific signs and symptoms of each stage can help determine how severe a drinking problem has become.

The earliest stage of alcoholism generally begins with alcohol experimentation and an increased pattern of drinking. The person may drink more often, consume a larger amount of alcohol, or both. They may engage in binge drinking, which is drinking a large amount of alcohol at one time. During this early stage of drinking, the person develops a higher tolerance for alcohol, indicating a change in their brain functioning. Sometimes individuals experience blackouts, which are memory lapses during the time of drinking.

When drinkers begin to drink more frequently, they move on to the second stage of alcoholism. For example, instead of drinking only at parties, they drink every weekend. They may drink as a way to fight off loneliness or sadness, reduce stress or anxiety, or alleviate boredom. Sometimes they use getting together with friends as an excuse to drink excessively. They may find themselves lying to their loved ones about their drinking, and they may think about drinking obsessively. At this stage, alcohol cravings are strong, and withdrawal symptoms occur when drinking stops. Consequences of alcohol abuse become evident, such as missing school or work, losing interest in hobbies, or spending less time with loved ones.

During this stage of addiction, alcohol has taken over much of the person’s life. They have developed a tolerance for and a dependence on alcohol. Even though they are aware of its negative effects, they are unable to control their consumption. They have to drink more to get the same feeling or buzz. The increased amount of alcohol does more damage to the organs. Cravings are intense, and withdrawal symptoms include anxiety, agitation, sweat, clamminess, and a racing heart. Nauseousness and vomiting may occur. Many people cannot get through the day unless they have alcohol in their system. They must drink in order to feel “normal.”

At this stage, there is a psychological and physical need to drink. A drink becomes more important than family, health, or livelihood. The person’s physical and mental health are at serious risk. Many people in this stage are unable to function normally. They may not be able to hold a job and often experience severe anxiety and depression. They lose their motivation or desire to care about their hygiene or appearance. Alcohol-related medical problems are common, including damage to the brain, heart, kidneys, and liver.

There is Help Available

Although confronting a drinking problem can be difficult, you do not have to do it alone. If you or someone you know is suffering from alcohol abuse or addiction, it is never too early or too late to get the help you need. Regardless of how long you have been struggling, recovery is possible. Call and speak to a trained professional at Canyon Vista Recovery Center, located in Mesa, Arizona. They will answer your questions and concerns and help you begin your journey to a clean and sober life.