Marijuana: How to Know When Addiction Develops 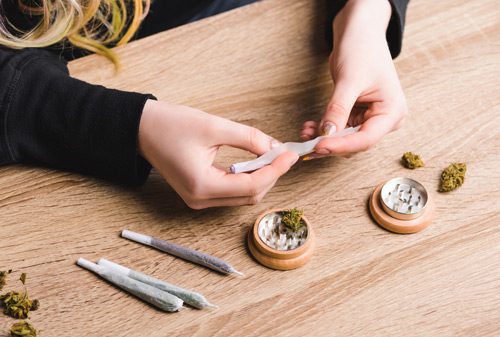 Many people believe that you cannot become addicted to marijuana, also known as cannabis. However, according to the National Institute on Drug Abuse, recent studies show that using marijuana can lead to marijuana use disorder, also called cannabis use disorder (CUD). This disorder ranges from mild to severe. Approximately three out of every ten people who use the drug have marijuana use disorder. For those individuals who began using the drug before the age of 18, the odds of developing the disorder increases by four to seven times.

When Does Marijuana Use Disorder Become Addiction?

When a person cannot stop using marijuana regardless of any problems it causes them in their everyday life, they are addicted to the drug. It is estimated that addiction affects nine percent of marijuana users. Of those who began using the drug as teenagers, the addiction rate is seventeen percent.

Some of the common signs of marijuana addiction include having intense cravings or urges for the drug, being unable to stop using the substance, and using it in dangerous situations.

Additional signs of marijuana addiction include:

When a person suddenly stops or drastically reduces their marijuana use, they will experience withdrawal symptoms. Everyone’s experience of marijuana withdrawal is different. The severity of the symptoms depends on several factors that include:

Withdrawal symptoms generally begin within 24 to 72 hours of stopping marijuana use. The user will experience strong cravings for the drug. They will get an intense headache, fever, chills, cramps, and nausea. Digestion problems, sweating, tremors, dizziness, and fatigue may occur. The person will feel restless, anxious, and depressed. Irritability can range from mild to excessive anger and even aggression. They will have difficulty concentrating and lose interest in everyday activities. Insomnia, night sweats, and unusually disturbing or vivid dreams may occur. Vivid dreams usually begin about seven days after the last use of marijuana and may last for a month or more.

If You Need Help

If you or a loved one is struggling with an addiction to marijuana or any other substance, help is available. At Canyon Vista Recovery Center, located in Mesa, Arizona, a team of caring professionals will help you achieve sobriety. Using an integrated approach that combines psychiatric, medical, clinical, and holistic care, they will treat your body, mind, and soul. Don’t wait. Now is the time to reclaim your life. Call today and take the first step on the road to recovery.

Are you or someone you love looking for an AZ addictionologist? Learn more about programs offered at Canyon Vista Recovery Center. Contact us at (888) 979-1840