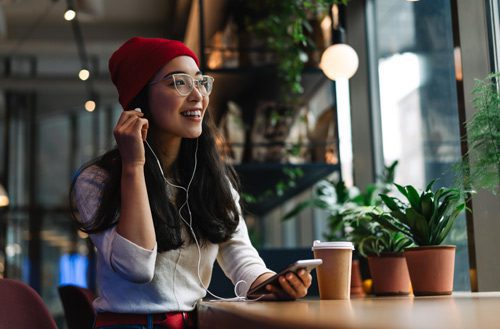 Music is powerful. It is a way to celebrate, express yourself, and connect with others. It can influence feelings, thoughts, and behaviors. Music has been shown to reduce stress, relax the mind, reduce the symptoms of depression, improve motivation, and energize the body. For people in recovery from a drug or alcohol addiction, music can be an excellent therapeutic tool.

Regardless of what stage of recovery you are in, having a recovery playlist of your favorite songs will help you stay on track. Here are ten songs about addiction and recovery that may provide hope, healing, inspiration, and motivation.

1 – “Under the Bridge” by the Red Hot Chili Peppers

Anthony Kiedis, the lead vocalist for the Red Hot Chili Peppers, wrote the lyrics to this song. The song describes the loneliness he felt as he struggled with his heroin addiction and recovery. After he wrote the lyrics, Kiedis was nervous about how his bandmates would receive it, but they turned it into the band’s highest-charting single on the Billboard Hot 100.

A hip-hop/rap song, the powerful lyrics of “Not Afraid” tell the story of Eminem’s almost fatal addiction to pills and his struggle to overcome his addiction. It is from his seventh album, Recovery, released in 2010.

“Demons” reminds us that everyone has inner demons. The song highlights that addiction is a chronic disease. It asks us to think about our inner demons and the choices and decisions we make in response to them. It challenges each person to think about how they choose to lead their life.

4 – “Animal I Have Become” by Three Days Grace

Released on the album One-X in 2006, “Animal I Have Become” tells the story of lead singer Adam Gontier’s addiction to OxyContin. The drugs made him abusive and angry. Gontier wrote the song while he was in rehab.

5 – “Master of Puppets” by Metallica

Released in 1986, “Master of Puppets” tells the story of how things get turned around in the throes of addiction. Instead of you controlling the drugs you are taking and what you are doing, the drugs are actually controlling you.

In an interview in 2017, Arthur told AtWood Magazine that he has an addictive personality. The British singer-songwriter struggled with addictions to anxiety medications and marijuana. In his song “Recovery,” he tells of his substance addiction and recovery. He tells how recovery is a lifelong process; you need to be strong and have the desire to make your life better.

7 – “Starting Over” by Macklemore

“Starting Over” is a powerful song about starting over after relapse. It tells the story of American rapper Macklemore’s relapse and his struggles to regain sobriety. The lyrics are about how one wrong decision changed everything. The song also tells of honesty and how he told his parents what had happened. Macklemore has always been very open about his addiction.

This song was released on Joe Walsh’s solo album Analog Man in 2012. “One Day at a Time” tells the story of The Eagles’ guitarist’s struggles with drugs and alcohol in the early part of his career. At live shows, Walsh has introduced the song as how he learned to live without his best friend, vodka. The American rock multi-instrumentalist and singer-songwriter has been in recovery since 1995.

Written by Shane McAnally and Erin Enderlin, “You Don’t Know Jack” was released on Bryan’s album Tailgates & Tanlines in 2011. The song tells the story of a chance encounter with a homeless man who is also an alcoholic. The lyrics tell of the homeless man’s struggle with alcohol and how some people may not understand what it is like to lose everything.

Written by American singer-songwriter Pink and Kara DioGuardi, “Sober” was released in 2008. It is from Pink’s fifth album, Funhouse. The song was written after Pink realized she wanted to feel as good sober as she did when she was high on drugs and alcohol. It talks about the quiet sense of comfort a person finds when sober.

Addiction is a disease that can affect anyone. If you or a loved one struggles with an addiction to drugs or alcohol, help is available. At Canyon Vista Recovery Center, located in Mesa, Arizona, our caring professional staff will provide you with the care you need, using a combination of evidence-based medical, clinical, holistic, and psychiatric approaches. You will gain the knowledge and skills you need to live a healthy life. Call us today.

Are you or someone you know looking for Mesa AZ drug treatment? Learn more about programs offered at Canyon Vista Recovery Center. Contact us at (888) 979-1840