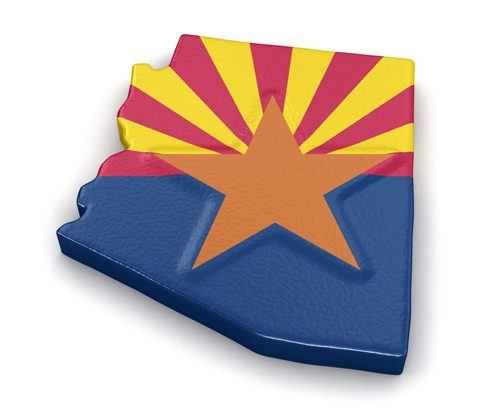 Whether you turn on the television, log onto your news feed, or listen to the radio, chances are it won’t take long before you are hearing a story about the opioid epidemic.

The number of Americans diagnosed with addiction to opioids continues to increase at a startling pace. In an analysis of its members, Blue Cross Blue Shield found that from 2010 to 2016, the number of people diagnosed with an opioid addiction increased 493%. The increase included members addicted to legal prescription drugs, such as hydrocodone and oxycodone, as well as illegal drugs.

An Increasing Problem in Arizona

On October 27, 2017, an article published in AZCentral, part of the USA Today Network, stated this sad fact: “…more than 3,200 suspected [opioid] overdoses have been reported to state officials since June 15, 2017, with more than 400 of those [resulting in] deaths.” These statistics from the Arizona Department of Health Services show the increasing number of opioid deaths in the state. It was previously reported that across the state, the number of opioid deaths for 2016 was 790, an increase of 16 percent from the previous year.

In early June 2017, Governor Doug Ducey declared the opioid crisis in Arizona to be a public health emergency. By doing this, the governor increased efforts throughout the state to fight opioid abuse. One of the guidelines put forth by Governor Ducey limits the initial prescriptions for opioids for new patients to five days.

By declaring the opioid crisis in Arizona a public health emergency, the state was able to coordinate all of its public health efforts among local, state and private-sector partners. This gave the state the ability to utilize all the public health resources.

Opioids: Not Just a Pain Medication

Chances are that if you have ever taken a prescribed pain medication, you have taken an opioid drug. Many pain medications are opioid-based, and when they are taken for a short period of time, as prescribed by a doctor, they are generally safe. The problem arises when the body builds a tolerance to the prescription and requires more of the drug for the same amount of pain relief. In addition, discontinuing use too quickly can cause unpleasant withdrawal symptoms, including muscle and bone pain, insomnia, vomiting, and more. To achieve more pain relief, relieve withdrawal symptoms, and experience the short-term “high” these medications can cause, sometimes individuals take more than they are prescribed, in different ways than prescribed, or take them without a doctor’s prescription. The misuse of pain medication can lead to addiction, incidents of overdose, or death.

The Many Names of Opioids

Opioids are known by many names. The term opiates is generally used for drugs such as morphine, codeine, and heroin, which are closely related to opium. The name opioids refers to the whole class of drugs which includes synthetic opioids, illegal drugs, and legally prescribed pain relievers.

The following are several interesting facts about opioids:

There is Help – Don’t Become a Statistic

According to a study by the Centers for Disease Control and Prevention, the most recent statistics show that more than 33,000 people are killed by opioids each year. That means that on an average more than 90 people die every day across the United States because of an opioid overdose.

If you or someone you know is suffering with an opioid addiction, it is time to seek help. Located in Mesa, Arizona, Canyon Vista Recovery Center provides men and women a full continuum of care for drug and alcohol addiction. All aspects of recovery are addressed by a highly trained, professional staff through advanced traditional and holistic therapies, educational process groups, life skills, exercise, and nutrition. At Canyon Vista Recovery Center, residents are provided the tools they need for their journey along their path to sobriety, health, and happiness.