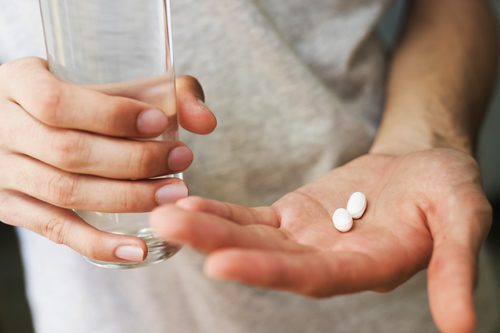 Clonazepam is the generic name of a prescribed drug commonly known by its brand-name Klonopin. A controlled substance, clonazepam is classified by the Drug Enforcement Administration (DEA) as a Schedule IV drug. That means the drug can be abused and create dependency or addiction. It belongs to the benzodiazepine class of drugs.

How Does Clonazepam Work?

According to the National Alliance on Mental Illness, Clonazepam is generally prescribed for panic and anxiety disorders, sleep problems, alcohol withdrawal, and seizures. It works as an anticonvulsant and a muscle relaxant. The central nervous system depressant works by increasing the brain’s levels of gamma-amino-butyric-acid (GABA), a calming chemical. The GABA calms your nerves and brain by blocking specific brain receptors to reduce stress and anxiety, resulting in a feeling of calmness and relaxation.

Clonazepam addiction begins by abusing the drug. Some people misuse their own medication. They may take more than their prescribed dose or take their medication more often than prescribed. Some people take clonazepam that belongs to others. Others buy the drug off the street. This medication should not be taken for more than four weeks. Most medical professionals recommend taking it for only two weeks. When a person takes clonazepam for a long period of time, their body becomes used to it and develops a tolerance, meaning that more of the drug is required for the same results. As the cycle continues, addiction occurs.

Signs and Symptoms of Clonazepam Addiction

When a person is addicted to clonazepam, they have strong cravings for the drug. Even if they want to stop using it, they are unable to do so regardless of any negative consequences. They typically lose interest in things they once enjoyed, isolate themselves from family and friends, and have relationship, financial, or legal problems. They may experience confusion, impaired cognition and judgment, and a reduced attention span. Dizziness, numbness, a reduced sex drive, and fainting may occur. Additional symptoms of addiction include:

When a person becomes dependent on clonazepam and stops taking it, they will experience withdrawal, also known as detoxification or detox. Withdrawal symptoms are their body’s reaction to the absence of the drug. The severity of their withdrawal symptoms will depend on several factors:

When a person has taken large doses of clonazepam over a long-time period, their withdrawal symptoms may be more severe. They may experience convulsions and Grand mal seizures, which could result in coma or death.

Since clonazepam is a long-acting benzodiazepine, the drug can continue to have an effect on the body long after the user takes their last dose. Withdrawal symptoms generally begin two to seven days after the last dose was taken. They can continue for two to eight weeks or longer. Some people experience post-acute withdrawal symptoms (PAWS), also called protracted withdrawal. These long-term users may have symptoms for months or years caused by the neurochemical changes in their central nervous system from their drug use. Symptoms may include cravings, depression, anxiety, lack of energy, trouble sleeping, difficulty focusing, and memory problems.

Addiction is a disease that can be treated. If you or a loved one is struggling with an addiction to drugs or alcohol, help is available. Never try to withdraw from clonazepam or any drug without professional guidance. At Canyon Vista Recovery Center, located in Mesa, Arizona, caring professionals are waiting to answer your call. We will answer your questions and explain how you can begin your journey on the road to recovery.