The Five Most Common Co-occurring Disorders with Addiction 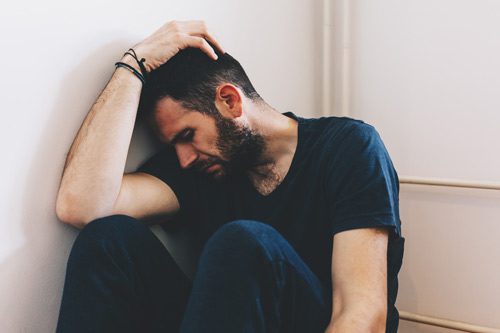 When an individual has an addiction to drugs or alcohol, they have a substance use disorder. When they are also diagnosed with a mental illness, either simultaneously or sequentially, they have co-occurring disorders, also known as a dual diagnosis or comorbidity. The two illnesses interact and affect the prognosis of both.

According to a report by the Substance Abuse and Mental Health Services Administration (SAMHSA), more than 9.2 million people in the United States experienced both mental illness and a substance use disorder in 2018.

Although there are many different combinations of drug addictions and mental illnesses, specific combinations occur more often than others. Here are five of the most common combinations.

When a person takes heroin, they experience a very intense pleasant feeling as chemical changes take place in their brain. But when it is taken long-term, the drug destroys the parts of the brain that produce the pleasurable signals. Over time, the person is not able to feel any happiness unless the drug is present in their system because they have a form of depression caused by the damage to their brain.

Often individuals who become addicted to cocaine take the drug because of the powerful and euphoric feeling it gives them. However, with its continued use, symptoms develop that indicate an anxiety disorder. These symptoms include suspiciousness, paranoia, insomnia, hallucinations, and violence.

According to the American Psychiatric Association, posttraumatic stress disorder (PTSD) occurs when a person witnessed or experienced a traumatic event such as combat or war, a natural disaster, a terrorist act, a serious accident, serious injury, rape, sexual violence, death threats, or watching someone die. Often those who survive these experiences have serious injuries that are often treated with prescription painkillers such as hydrocodone (Vicodin), oxycodone (OxyContin), morphine, or codeine. These opioid drugs kill pain while producing feelings of calm and pleasure in the brain. Often the feelings of euphoria lead to addiction.

Although alcohol addiction is linked to many mental health disorders, including dementia, mania, and schizophrenia, according to the National Institute on Alcohol Abuse and Alcoholism, its closest link is to antisocial personality disorder (ASPD). The report explains that those with an addiction to alcohol are 21 times more likely to suffer from ASPD.

The following are several examples of other types of co-occurring disorders:

Many of the mental health disorders are caused by the same factors as the substance use disorders, such as personal trauma, family history, and brain chemistry. For a person with co-occurring disorders to overcome their addiction, treatment has to target both the addictive disorder and the mental illness.

If You Need Help

If you or a loved one is struggling with a co-occurring disorder or an addiction to drugs or alcohol, you are not alone. For recovery to be long-lasting, it is essential to find a treatment center that understands the overlapping aspects of addiction and mental illness. The professionals at Canyon Vista Recovery Center, located in Mesa, Arizona, will treat all aspects of your diagnosis using a proven method that combines evidence-based addiction treatments, psychiatric care, and holistic therapies. Give us a call. We will answer your questions and help you begin your journey to a clean and sober life.