We are accepting new admissions but have implemented additional pre-screening procedures to ensure the health and safety of everyone at Canyon Vista Recovery Center. **At this time, all family visitation has been suspended until further notice.** Canyon Vista Recovery Center is closely monitoring all coronavirus (COVID-19) updates and is following suggested best practices from the CDC to prevent the spread of the virus. For more information, please click here. 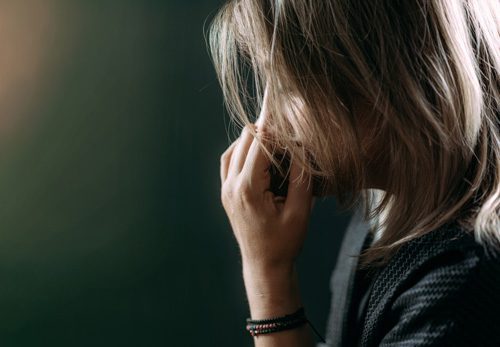 Post-traumatic stress disorder, commonly referred to as PTSD, is classified by The American Psychiatric Association as a trauma and stress-related disorder. According to the American Psychiatric Association, PTSD is a serious mental health condition. It may occur in those who witnessed or experienced a terrifying or traumatic event such as war, combat, a natural disaster, an act of terrorism, physical or sexual violence, a serious accident, or a loved one’s unexpected death. People who have been threatened with serious injury, sexual or physical violence, or death are also in danger of developing PTSD. Rescue workers, emergency personnel, and families of victims can also develop PTSD. PTSD manifests as recurring feelings of helplessness, horror, or intense fear.

Although PTSD is one condition, there are six subtypes. Not everyone has the same reaction to traumatic events. Responses, experiences, and symptoms are unique to the individual. PsychCentral describes the six types of post-traumatic stress disorder.

In some cases, PTSD develops after a normal stress response. Events that cause a great amount of stress and tension, such as surgeries, illnesses, injuries, or accidents, can result in PTSD. However, in most instances, the normal stress response is successfully managed with therapy and the caring support of family and friends. Typically, the person should recover within three to four weeks.

Emotional detachment and dissociative symptoms, such as derealization or depersonalization, are the main characteristics of this type of PTSD. The individual generally has experienced early life trauma and has additional mental health conditions. Their PTSD symptoms are more severe, and they experience dissociative amnesia and dissociative flashbacks.

The symptoms of uncomplicated PTSD are similar to other types. The two most significant differences between this type and others are that it is linked to one major traumatic event, and the individual does not have other mental health conditions. Uncomplicated PTSD is the easiest type to treat using medication, therapy, or both.

Complex PTSD occurs when multiple or repeated traumatic events happen over months or years. This type of PTSD often develops in cases of domestic violence or abuse, community violence, combat, and war. The chronic trauma that causes complex PTSD can occur during adulthood or childhood. People with this type are often diagnosed with dissociative disorders, borderline personality disorder, or antisocial personality disorder. They typically have relationship and behavior problems such as substance abuse, aggression, or impulsivity. Extreme emotional issues are common and may include depression, intense rage, or panic.

For some people, the symptoms of post-traumatic stress disorder may begin weeks or months after the trauma occurred. For others, it may be years before symptoms appear. PTSD symptoms are typically divided into four groups.

If you are experiencing PTSD symptoms, treatment can help. With the right treatment plan, you can learn to effectively manage your feelings regarding the trauma and experience fewer and less intense symptoms.

Are you or someone you love looking for a treatment center near Tempe?  Learn more about programs offered at Canyon Vista Recovery Center.  Contact us at (888) 979-1840