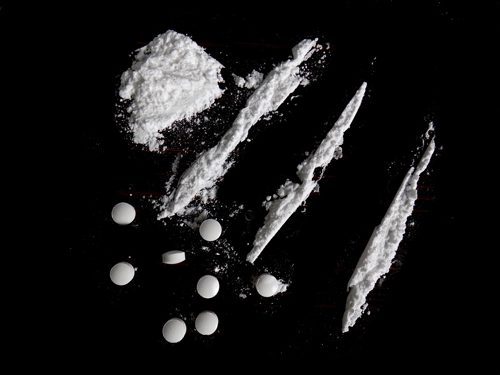 According to the United States Drug Enforcement Administration (DEA), fentanyl is 80-100 times more potent than morphine and 50 times stronger than heroin. Originally developed as a skin patch for pain management of cancer patients, this potent synthetic opioid painkiller also has a high potential for abuse.

Fentanyl is sometimes sold mixed with heroin, cocaine, MDMA, or methamphetamine as a way to increase the drug’s potency. In most cases, the user does not know they are purchasing fentanyl. They believe they are buying heroin or another of the drugs mentioned. Using the mixture often results in accidental death from overdose.

Under the United States Controlled Substances Act of 1970, fentanyl is a Schedule II narcotic. Drugs in this category are considered dangerous drugs. This means fentanyl has a high potential for abuse that could potentially lead to severe physical or psychological dependence.

How Does Fentanyl Work on the Body?

The following are additional possible effects of fentanyl on the body:

How Is Fentanyl Administered?

Fentanyl comes in many different dosage forms. In the hospital, it is generally given as an IV drip or an IV injection. It can also be administered using a pump that is controlled by the patient. When pain medication is needed, the patient pushes a button and a dose is received through their IV.

Additional forms of fentanyl include:

Illegally produced fentanyl is found in either a powder or counterfeit tablet form. It can be taken orally, snorted, smoked, or injected.

When fentanyl is sold on the street, it is known by many different names including Goodfellas, Apache, China Town, Tango and Cash, Friend, Drop Dead, Shine, and China Girl. Other popular street names for the drug include:

The Dangers of Fentanyl

Fentanyl is an extremely powerful, addictive, and dangerous drug. Sudden death from an overdose related to fentanyl can occur from cardiovascular collapse or cardiac arrest. A person might go into respiratory arrest or experience severe respiratory depression. A severe anaphylactic reaction is another possibility.

There are numerous other dangers of fentanyl that are wide-ranging. Here are just a few.

Signs and Symptoms of an Overdose of Fentanyl

Accidental death can occur from an overdose of fentanyl from just one dose. This is especially true if the person taking it is not the person with the prescription or it is taken incorrectly.

Signs and symptoms of a fentanyl overdose include:

Help for Substance Abuse or Addiction

There is no quick fix for drug or alcohol addiction, but help is available. If you or a loved one are suffering from a substance use disorder, speak to a professional staff member at Canyon Vista Recovery Center in Mesa, Arizona. They will answer your questions and help you take the steps you need to start your journey to a clean and sober life.